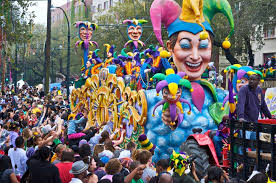 Samantha sat quietly, planning the flowers and setting for Aileen’s upcoming birthday party.  An event that would include half the town.  She’d already determined which colours and plants would grace the head table, but she was having second thoughts about what to use on the guest tables.

Aileen was known as a hell-raiser.  She was quite proud of the fact.  If even half of the stories she’d heard about Aileen were true, the description fit her to a tee.  With that thought in mind, Sam had designed a large set of smooching lips set in ice, filled with red dye to grace the head table.  Aileen’s daughter Angeline had viewed the ideas two weeks ago and had applauded with delight.  “Sam, you’ve captured her and the mood, it’s definitely going to be good times for all.”

Sam reflected on her own youth.  She had grown up around older people, her parents having been in their late forties when they finally had her.  Since she hadn’t grown up with other siblings, she’d lived a more subdued life than most.

Not that she was complaining.  Through her aunt, she’d learned the fine art of choosing quality furniture from replicas, and she’d traveled to Europe and  France in particular.  Therefore she’d been more “mature” as she preferred to call her lifestyle than most her age.

Since she’d opened her business, it’s growth had been uppermost in her mind.  The long hours hadn’t allowed for much entertaining, a fact she’d planned on rectifying and soon.

Sam felt privileged at hiring Lanie and Sarah.  Both had strengths in decorating and arranging.  More than that, they were effusive,  vibrant, bold and daring.  Nothing subdued about either of these two delightful women.  Some of their ebullience had rubbed off on her as well.   She noticed she’d begun to relax more, take life less seriously and enjoy more.

It would take a great deal of work to implement, but she’d make smaller versions of the lip smaking surprise and place them at intervals down the guest tables.  A conversation starter for all and if she planned it correctly, they’d last for several hours.  Problem solved.