lol I have to admit my first thought was the rhyme we used to hear as kids, “Pink pink you stink”  then the artist, Pink

Red roses the promise of love

Or a first pair of boxing gloves

Mischief achieved on the dance floor

White the purity clear and light

Oh what a bouquet of delight

Every flower a reminder of

Moments spent with you, my love

For there upon the kitchen table

Stood a story and not a fable

Ever captured in colourful array

Fills me with joy an instant replay

Of all the moments we have enjoyed

A spectrum of life that will never be destroyed

A light hearted fun song about falling under a bus, hit by a train, sunk at sea, but doing it again. 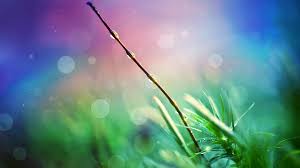 Young enough to do it again

Although it’s possible to get knocked down

You never told me about any of this

It certainly is heavenly bliss

Computers and our dependence

I’m fairly certain that when computers were invented, no one could possibly have forseen how valuable and so widely used they would become. If memory serves me correctly, the first computer used punch cards.  Of course there were failures along the way.  The first real working computer was invented by Alan Turing.  I recently watched a compelling movie called the Imitation Game and Benedict Cumberbach played the lead role. The movie outlines his vision, incredible fortitude and brilliance and highlights the tortures  and struggles he faced because of his chosen life style.  His design changed history and the world and is the bases for all computers today.

Personally, I’ve used  several different computers including a Tandy, a Commodore, complete with monochrome monitor and several others.  I remember reading and creating code from a magazine that enabled a car to move across the screen, or made fireworks pop and sing and I even designed cities as pictures, the backdrop a setting sun.

With each new upgrade, came more to learn, more parts, but greater freedom.

Today, the list is astounding and we are able to choose a desktop, which I prefer, a lap top, a tablet or who could have imagined the smartphone packing as much gig and ram as my lap top with far reaching on the go freedom.  Astounding, profound and exciting.

I know I’m delighted with the age of the computer and it’s continued growth.  It gives me an immediate eye on the world.  I’m able to reach out and “touch somebody” literally, with words, thoughts, pictures.  Equally delightful is the ability to share thoughts and ideas from around the world.  I spend hours perusing garden sites, photography, how to videos which weren’t available and which speed up the learning curve and more importantly, other like minded individuals such as you, yes you, the reader of this blog.

The vision  and brilliance to conceptualize an idea and make it real is continually exciting and breathtaking.  While we have become dependent at work and at home on computers which provide knowledge, entertainment, outlook, news and a variety topics, I believe it’s a good thing.

The moons many phases bring delight

Especially when shining big and bright

Casting an ephemeral glow upon our world

While we dance and sing songs undisturbed

O’er the landscape we all know.

Or resting still beside the shore

Alone or with someone we adore

We sit and gaze so enchanted are we

Our head rested upon bent knee

Our gaze steady fixed and intent

Nothing here to lament

A universe of colour in which to play

Refreshed renewed each and every day

Wrapping us in such delight

Our hearts could burst so filled with light

Then someone yells take off those rose coloured eyeglasses

That is not what is seen by the masses

Alas I am blind and from memory paint

The world in all it’s glory shall remain

I am happiest here I proclaim