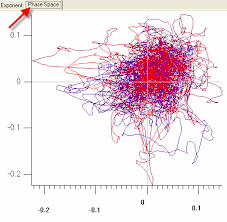 The entire event felt chaotic.  Erica was trying to decide why.  She’d planned every little detail, meticulously.  She hadn’t left anything out.  Meeting upon meeting, everything was scripted right down to the entry of the last float.  There were timers with stop- watches that indicated when each entry into the parade, whether antique car or float or band, whatever, was ushered into the line-up, cued in fact.

Nothing had gone wrong, everything was going exactly as planned, but she still felt this sense of foreboding, that something was wrong, out of place.

Glancing around the crowd, she watched people chatting, hopping, clapping hands, eagerly awaiting the show.  They were 3/4 of the way through the parade but still this feeling of chaos persisted.

It had to be her emotions.  She was raw and they were chaotic, rumbling back and forth from delight to tension to eagerness to relief.  It had to be related to her missing Dennis.  He’d always stood by her side, bolstering her up when and if anything went amiss.  This was the first parade without him.

His sense of humour, his nonchalant manner, the way he had of instantly cajoling people whose nerves were on edge, or who fought the system or wanted something different, expected better than, or simply had a tiff with another entry.

Chaotic, that certainly described her feelings without him.  Erica hadn’t accepted his demise.  The horses had broken away from their owner, he couldn’t control them and they trampled him, nearly to death.  He’d lived for three days, then died from his injuries.  She’d thought throwing herself back into the fray immediately was the answer, like getting back up on the horse, as it were.  She’d done it, overcome her fear and handled the event.

As she sat watching the carriage and horses pass by, a single tear dripped down her cheek.  Life would never be the same, nor her love of managing and setting up this parade.  When this was over, in honour of Dennis, she’d take a holiday and deal with the chaotic emotions that constantly threatened to overwhelm her.