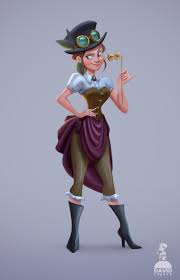 I was playing with the older of my grandchildren, now 15 and 14 when they were small, perhaps 3 and 2.  They had some friends visiting, and as usual, when around wee ones, I do silly things, things that entertain two and three year olds.  It was amusing that one of their friends turned and looking me quite seriously in the eye said, “you’re crazy” while the other little visitor said, “your silly”.  Two of the greatest compliments I could have received.  My response, “come on over, it’s a great deal of fun over here”.

It struck me, quite forcefully, that even at this tender age, they were regimented into believing there was only one way for adults to act.  Adults were serious, and acted “appropriately”.  That wouldn’t fit in my world, still doesn’t.  Probably never will.

I’m not talking about “talking down” to little people.  I’m referring to silly lighthearted, ooey goooey goodness, fun!  Mucking about with all the goo they love so much, play dough, that new goo you can make at home, slime, making silly faces, telling sillier stories, joking, playing hide and seek with a paper napkin because it’s there, dancing with a mop, making funny hats to wear, like that.

I realized at that moment, that even with little ones, you have to be daring.  Dare to be different, dare to let your guard down, dare to have fun, just play, be seen as different.

In a society that expect propriety in all things, and that has become too serious, and so easily offended by every damn thing,  I realize we’ve lost perspective on what is real, pure, honest and focus too much on the ridiculous and immaterial.

It’s not our job to police everyone and everything said, it’s our responsibility to be daring, bold, full of excitement and effervescence and have some fun.  Dare to be different!  Dare to play outside the box.  Dare to have fun!  At least once in awhile. 🙂