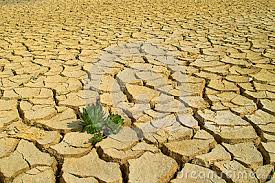 She’d never felt more alone.  A solitary aloneness in a relationship where love and friendship should flourish. Yet she felt as parched baked and thirsty as if she were sitting alone in the midst of the Sahara Desert.

“Nothing, we’re perfect as we are.”

“That’s what you think?”

“Yeah, I don’t see anything wrong with our relationship.”

“I’ve already explained my feelings on the matter and you simply don’t get it.”

“I don’t, no.  I provide, work hard, you want for nothing, what more could I give you?”

“How about love, affection, a meaningful hug, great sex?”

“I’m saying you don’t have any emotions about anything, not what’s happening around you, your life, our marriage, you don’t even have an opinion on what you want to eat.  Passable is enough for you.  It’s not enough for me.”

“Then I’d say you have a problem, not me.  I can’t believe we’re having this conversation period.”  Paul shook his head and walked away.  “Women, who could understand them?”  he whispered quietly.

Adrian loved that he provided for her, he was right in that she wanted for nothing.  Still, they had long since stopped enjoying anything in common.  Their life had become drab, dull, boring.  He gave nothing, expected nothing – he simply existed.  All the promises he’d made about what their life together would be like had long since vanished.

A shriveled presence so ghostlike

Existing day to day not really there

Felt not seen unheard but aware

There had to be more than an existence now arid

No moisture of romance, presence unheralded

Wandering aimlessly dreams at an end

Standing on a bookshelf, an empty bookend

Nothing in common, not a spark of need

No conversation or interaction to proceed

All so empty, surrounded by feelings of dejection

How could he not understand a woman needed more

Than the daily drivel and slamming of a screen door

A walk in the park, holding hands, sparks tantalizes

The human soul and love from deep within

Keeping you warm, she desired this more than anything

By Covert Novelist in Poetry on February 25, 2017.
← An unescapable prescipice Jiggle →