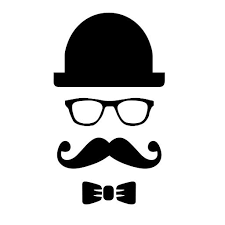 Nathan was looking forward to meeting Emma’s family.  He’d grown up in Maryland attended school there, knew the area well and it was where he’d spent his formative years with his parents Gillian and Franklin along with his only brother Seth.  Returning to Maryland held bittersweet memories.

His parents had owned several properties throughout Maryland and had been on an outing with his older brother when an accident took their lives.  He’d been twenty when they departed this earth.  The pain had been intolerable.  His entire family of origin wiped off the face of the earth in a freak accident that left him bereft and angry.  At first he’d acted out wildly and profusely until an uncle took him under his wing and showed him a better way to deal with all that he’d lost.

Uncle Maynard had been a godsend at a time he’d needed one most. He’d taken the angry confused and deeply hurt young man under his wing to demonstrated options, better ways of venting his fury, in positive ways that with words and deeds bespoke dignity while reflecting honesty and integrity.

He turned those vengeful feelings into a passion for justice.  Nathan regained himself and all his parents stood for and even learned to have fun and play games.  His actions amplified through words and deeds adding a greater meaning to his life and for others.

After moving to Seattle with his uncle, he’d attended university, completing  a business degree.  He’d sold most of the property his folks had owned in Maryland.  Nathan kept only one, the lakeside house they’d spent their down time in.  Those were memories he couldn’t wouldn’t walk away from. Although they still held a twinge of pain, he held onto that particular property as a constant reminder of where he’d come from.

His uncle had long since passed on as well leaving all his worldly goods to Nathan which made Nathan an incredibly wealthy man.  On his uncle’s deathbed, he’d vowed to continue down his chosen path, one his uncle sincerely approved of.