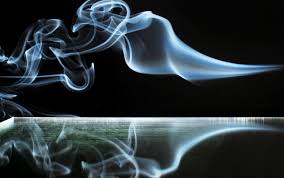 Smoke and mirrors create the illusion

And for some, it’s great amusement

By those magicians, intent on confusion

Smoke and mirrors to continue allusions

To shroud answers in their execution

Whether through words or actions

We must now focus, fiercely our attentions

In our mind to see through all the confusion

With answers, we sincerely seek a conclusion

“Smoke and mirrors!  That’s what you create,” I grumbled.  “You have no intention of coming clean with responsible answers to our questions,” I railed.

“There will be answers when the time is right!” he hollered to the crowd.  “I cannot give you what I do not have!”

“You know the city is falling apart!  We need strong leadership, direction, we need answers!” I yelled in return.

Martin stepped off the stage, a roar of discontented voices filling his ears. He walked toward his opponent, “Marion, you outdid yourself,” he commented a half smirk on his face.

“I did what is right!  The citizens of this city should know what your plans are.  We elected you, did we not?”

“Yes, yes you did!”  He grinned. “I still can’t give you answer I do not as yet have.  Believe me, I’m working this, as expediently as possible.”

Turning to look at the placard carrying crowd, she said, “It would seem not!”

“They wouldn’t be up in arms if you’d calm down and stop using rhetoric to incite them.”

“You think this is a riot?” I stood in shock.

“These people,” I gestured toward the crowd, “are feeling like yesterday’s newspaper, crumpled and rumpled and ready for the fireplace of your warm conciliatory speeches.”

“You are inventive, Marion, I give you that.”  He paused, “You keep doing what you do, and I’ll keep doing what I do.  Hopefully, we’ll get to the same point, if not side by side, at least together,” Martin exclaimed.  “I do want the same thing you do,” he assured her.  “It’s important that our citizens feel safe, secure, and know that there will be housing for everyone displaced by the changes the city needs, in order to grow.”

“It seems “displacing” thousands of people in the process, with literally nowhere to go, while you rage through the city, tearing down homes and expropriating others, isn’t going over well.”

“Marion, you’re misconstruing the situation completely.  We are providing homes for the displaced.  No, it’s not in the same neighbourhood, but it’s as close as we can make it.  There will be homes for each person involved.”

“Will you go on record, stating unequivocally that is the case?”

“Marion, you know I can’t, not yet.  There’s still some red tape to cut through.  I will promise, though, you will have answers, the second I manage to . . . ”

She turned and walked away, anger emitting from her like a volcano ready to erupt.  “I still expect that date!”  He called after her.

That stopped her in her tracks. Turning to stare at him in horror, she said, “When hell freezes over, Martin when hell freezes over!”  Head in the air, nearly stomping in agitation he could almost here the “grrr” he was sure emanated from her lips.  He smiled.  Tomorrow was another day.