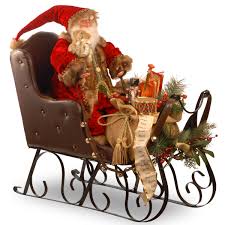 Amy hated anything artificial.  Artifice insulted her on every level and the new owner having recently bought Henderson’s old Inn absolutely infuriated her.  She’d had a couple of run-ins with his assistant already and was guaranteed there’d be more.

The Inn, now called Sunrise Inn, was smack dab in the middle of the intersection.  Well, ok, not the middle, the corner.  Their Inn had always taken the lead, indispensable in promoting the Christmas Season with a plethora of handmade decorations. They had been very involved in the Christmas lighting contest every year!  Their endeavours were, to put it mildly, a work of art!

The new owner, it seemed, could care less, and had obtained fake trees, fake garland, fake snow and well, fake  everything!  When Amy noticed the latest addition to the Hotel, she was fit to be tied!  She thought James got the message and was more sympathetic to what the goal of the town was.  Various business enterprises had approached his assistant at the town hall meeting.  It seemed not!  What the hell was that monstrosity?

Sitting smack dab in the middle of the Hotel lawn was the most obscene fake Santa on a sleigh, basically the size of Mount Rushmore for god’s sake, she’d ever seen!  Instead of backing down, coming to some sort of agreement, he’d gone the other way, rubbing it in their faces.

Amy  was infuriated!  Slamming her car door, she raced up to the front steps and literally pounded with her fist on the Inn door.  When no one answered, she resumed pounding, determined she wouldn’t stop until someone answered the damn door!

She’d continued without let-up while staring at the artificial and disgusting display and hadn’t heard the door open and was pounding on something softer than the door, and quickly turned to find herself face to chest with a firm and broad chest. Startled, she hopped back a step and stared up at him, eyes huge, cheeks pink with effort and surprise at seeing a man there.  He grabbed her wrist quickly hauling her back to safety as she’d retreated so far she was in danger of slipping down the steps.  Smiling at her discomforture, he said, “No, Amy, I’m not a door.”