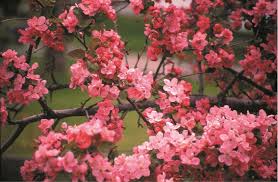 Since I’d grown up in the Interior, where we were blessed with every fruit tree imaginable, I was in heaven.  You can imagine wandering past orchards resplendently decked out with cherries, apples, peach, apricots, blossoming in turn.  The valley was rich in color and aroma.  The desert-like conditions afforded 120 degrees F. weather in the summer and snow, two to three feet deep in the winter.  It was a beautiful place to live. 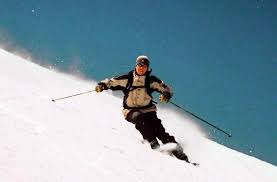 And let’s not forget the incredible grapes grown and award winning wines available.

Many eons ago on my honeymoon, we took a trip down the western coast of the United States.  Along the way, we were captivated by beautiful scenery.  I’d never before witnessed such exquisitely rugged coastlines such as Oregon and Washington and parts of California offered.  I was entranced. 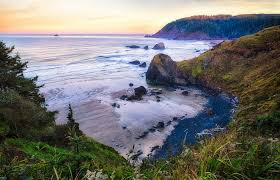 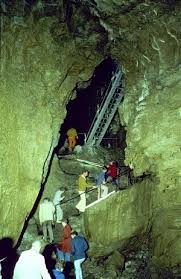 While in Oregon, we visited the Oregon Caves.  The Stalactites and Stalagmites were indeed impressive.  In the beginning of the underground caves, I did well.  Then we got to the spot pictured here and I froze.  I had no idea I had claustrophobia until the moment we were at the top of the stairs pictures here.  I couldn’t move, I was frozen in time.  There were dozens of people behind us.  Some became impatient, others annoyed, and one man simply crossed his arms and said, “We aren’t going any further unless you do.  We are following you.”  I stood and stared at him in complete horror.  I have no idea how much time passed before I began to move but eventually, I did.

In hindsight, he did the right thing.  It forced me to continue the underground journey until we were through the other side.  I’m glad my then husband took pictures as I was in a complete state of shock or fear, a moving zombie and could barely breath and wasn’t capable of enjoying the interesting surroundings until we were safely outside again.

I still have claustrophobia and would not consider going through any tightly enclosed space, but in that moment, I managed to overcome the unknown fear and witness some truly magnificent sights.