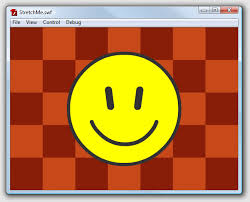 I love crossing borders!  Seriously!  I wrote in a previous blog about “silliness” with little ones.  I cross that border into ridiculous fun, and quite enjoy myself.  I know many look sideways at me, but what the hell!  You only live once, and if you can’t cross the border every now and again, well, life would be dull and flat!

I simply can’t imagine living without imagination either.  It’s crossing another border into a realm of make believe , pretend and bringing possibilities to life.  When you think of all the great horror movies out there, it’s a what if scenario, imagine if nightmares could become reality.  Stephen King is a prime example.

However, I personally believe one of the best at crossing over borders, was Alfred Hitchcock.  He didn’t explain, he suggested, and left it up to your imagination to fill in the blanks, which as it turns out, is far more terrifying since your imagination was free to cross borders and fill in whatever it chose as a suitable ending or possibility.

Borders can keep us safe, suggesting areas that are dangerous to cross, it’s true.  For the most part, borders are imaginary lines on maps or in our mind therefore some borders are fun to stretch.

I often imagine borders like elastic bands.  When you stretch them a little, you bounce back to where you once were, while at other times, you struggle harder push further and the resultant bounce back sends you flying past where you started.  Good or bad, there are occasions where stretching the border is definitely worthwhile.