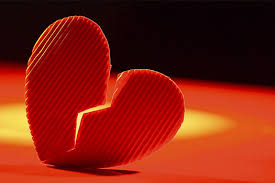 I was wondering and decided to include everyone in my wanderlust to see what your thoughts are on the subject.

Have you noticed there are many who expect forgiveness for things said and done, as though it’s their right?  While others cannot forgive themselves for slight errors much less weighty ones? It made me ask, is it a matter of conscience, some have one, others don’t?

Personally, I find small hurts or slights and unintentional wounds easy to forgive.  But what of the other “stuff” the huge life changing grievences perpetrated upon our person?  How do we get to forgiveness with those?

I’ve witnessed through news reports, parents, husbands and wifes, mothers and fathers forgiving a perpetrator (too harsh a word?).  One of many examples, a drunk driver who had taken the life of another.  Although grieving, achingly so, I watched a video taken in a court room of a mother and father forgiving  a young man who’d taken their very young daughter from them.  In an astounding act of the ultimate in digging deep past the hurt anger and pain, they wrapped the young man in their arms as he sobbed uncontrollably.

I had to wonder whether I had it in me to reach that depth of forgiveness and understanding.  I suppose it would depend on the how and why of the situation and whether carelessness played a part, whether it was a premeditated act, or truly accidental.

As I’ve aged, gracefully or not, this question continues to haunt me.  They say letting go and forgiving is a healing to you and in no way negates the acts the perpetrator has committed.  I often wonder.