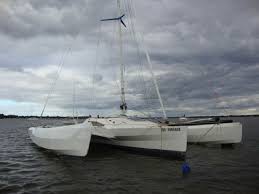 Amanda was as shattered as I expected.  Damn!  No way to lessen the impact of a statement like that.  She was younger than I, not by much, but she’d lead a sheltered life and was in no way prepared for the news.  Not that I was either.  Still I found myself on a white-knuckle ride as I attempted to shield and protect my other best friend.

Both women worked in my shop, Gifts’n such.  Not only did we work together, we shared our lives and spend as much of our free time together as work time.  Consequently,  we were close.  We’de created a sisterhood of our own.  There was a hole in the fabric of time and our lives.  We wandered the room unable to settle as emotion rolled through us.  Grief would not be denied as anger, frustration, denial, and loss whipped through us like a storm on a blustery night.  In an attempt to ward of the emptiness that tried to ooze in, I had an idea.

Although i didn’t relish the idea, I sat Amanda down and explained how the police handled an unexplained, a supposedly easier word for murder, and the timeline involved. I watched as she assimilated all that had been explained in detail by Detective Grayson,  although hers was a condensed version.

“Janie’s parents will be here in a few days.  Jim has to finish up some work before they are able to leave.  They’ve given us the go-ahead to plan the wake.  It would be too overwhelming to hold at Janie’s so I was hoping you’d help me with the arranging.  We could hold the wake here.  You up for that, Amanda?”

“What did the Detective have to say?”

“At first he threw a lot of bureaucratic red tape in my face.  When I resisted, he asked a few leading questions that suggested Janie was killed out on the flats.  At least that’s where her body was found by a couple on a romantic rendezvous.”

“The flats?  Why would Janie go there?”

“She mentioned a new boyfriend, someone she’d recently met.  Wouldn’t give me details, didn’t say much.  Only that he was originally from Calgary and his family had moved to Quebec.  He’d grown up there and integrated.  Apparantly he was travelling across Canada before heading to Europe.”

“Consequently, I wondered if she’d planned on meeting him on the boat.”  Sam waited and let the idea sink in.

“You mean her parents Trimaran?”

“Let’s head out that way.  If the police haven’t cordoned it off yet, we might find something to suggest what Janie was doing there, or what information she may have obtained that resulted in her demise, if it was connected.”

“She loved a good mystery, and she was great at solving them.  Used to drive me bonkers!  Couldn’t watch a show she hadn’t figured out, five minutes in.”

“What do you think she found?”

“No idea, but I’m determined to investigate, see if I can find out.”

They dressed warmly for the cool autumn weather carrying a biting chill.  Hopping into Sam’s car,  they drove out to the flats along the old highway.  Sam parked on the west side of the bridge and alighting from the car, they hurried to the boat.

Amanda was definitely not a sailor and the second they stepped foot on the boat, the miniscule rocking had her turning green.  “Oh my god, now I remember why I hate boats!”

They weren’t aboard long.  Sam took a cursery look around and found fresh food in the pantry and opening the fridge found milk cheese and eggs bacon along with a bottle of bubbly and a couple of champagne flutes she’d obviously planned on using.  Finding their “could-have-been book” they turned to go.

From nowhere a shot rang out.  A man’s voice was yelling at them to stay down and take cover.  Sam peered overtop the edge of the cabin.  A man was hurtling through space toward her and thumped onto the boat it’s tumultuous rocking shook her hands from the hold she had on the cabin roof and Amanda struggled to remain upright.

“Grayson, what are you doing here?” Sam asked in surprise.

“I might ask you the same damn question!” he growled as gun in hand he turned to survey the surrounding area.   He cursed as a boat on the far side of the quay roared to life and raced away across the water.

“Now, I want an explanation.”

“Can we get to dry land first?” Amanda requested.

Noting her pallor he assisted both onto the shore.  “I’m waiting!”

By Covert Novelist in Books on September 30, 2016.
← Forgiveness Graceful →